I survived Covid-19. I still have the sniffles, but I’m attributing it to allergies. I tested NEGATIVE on Friday and have been out and about: breakfast at Joe’s (more about that in a minute), picking up my meds at Walgreen’s and a visit to the chiropractor has me feeling like I’m back a part of the world.

Like the rest of the country, I’m experiencing sticker shock at the gas pump. The war in Ukraine is having a far-reaching impact. I heard a news report predicting $6.00/gal here in Virginia before the summer is over. This is going to be devastatingly traumatic in some regions.

Francis Bacon wrote, “The only thing necessary for evil to flourish is for good (people) to do nothing.” This war is going to cost everyone. Those who support either side as well as the bystanders.

I had really underestimated the impact. It has been brought home to me as we have bought our plane tickets for the UK this summer. The tickets took such a big chunk out of our budget that our anticipated three-week trip has been condensed to two weeks.

Last night, I sat up until 5:00 AM finishing The Scapegoat by Daphne du Maurier* last night. I thoroughly enjoyed it.

Then, I got up at 7:15 for my Toastmasters meeting.

When I finish writing this newsletter, I think I’m going to do one of my favorite things, nap.

Bob is Senior Vice President at Morgan Stanley. A graduate of The United States Military Academy at West Point, Bob is a chess life master and a gifted storyteller. Check out his bio and his story, My Father’s Shoes by clicking here.

Dr. Susan Landers is a neonatologist with thirty-four years of experience practicing in the NICU.

She was also the Medical Director of the Mothers’ Milk Bank at Austin and served on the milk bank’s board of directors.

Additionally, she served for six years on the Executive Committee of the Section on Breastfeeding for the AAP.

Together with her husband, Dr. Phillip Berry, she raised three children, one son and two daughters. Her family resides in Austin.

Her book, So Many Babies, details how she balanced her medical career and motherhood. Click here to get your copy.

I mentioned above that I went to Joe’s Inn for breakfast Saturday morning. Joe’s was opened in 1952. It sits between two alleys on a side street in Richmond’s historic Fan District. The restaurant takes up the first floor of two adjoined townhouses with an apartment above each side.
Originally, Joe’s occupied just the southern townhouse.

The northern restaurant was The Fan Grill. The Fan Grill was operated by Bernie Cournow, the brother of a friend of my Dad’s. I would eat there every once in a while as teenager, but I wasn’t allowed to eat at Joe’s. I recently discovered that Joe’s had been a gay bar in the 60’s. That might have had something to do with it.

The Fan was full of corner beer joints. I was allowed to eat at some, but some were just too rough for a child.

Richmond is a foodie town these days, but prior to liquor-by-the-drink, most “restaurants” were just beer joints. My family were tea tootlers, and I stayed away from those places. When the law was changed to allow liquor to be sold in restaurants the quality of food skyrocketed.

In the 70’s Nick Kafantaris, a Greek immigrant who had lived on the streets in post WWII Athens, bought Joe’s. He transformed it into The Heart of The Fan. Eventually, he bought The Fan Grill from Mr. Cournow, and connected the two restaurants.
It became the hangout for local theatre people as you could get food after the show. I started hanging out there in 1976.

The food was simple Italian American fare. The portions were big and the drinks were cheap. Spaghetti a la Joe was huge. A platter of pasta with red sauce and cheese baked on top. It was served with a side salad with thick blue cheese dressing and garlic bread. I’d always say I was going to take half of it home, but invariably, I’d eat the whole thing and walk out in a food coma.

Joe’s became the default for breakfast, lunch and supper. If I was too lazy to cook, I could always grab something a Joe’s.

I was working as the Marketing Director for a soft drink company at the time and I was gone a lot. In an effort to make sure I made time for my Mom, the following Saturday we started having breakfast at Joe’s. Before Covid they opened at 8:00 AM. Mom and I could grab a quick breakfast and then get on with our weekend.

After a while people became aware that they could rely upon finding us there on Saturdays and we would of course invite people to join us. Our twosome gradually became 6, 7, 8 and some Saturdays as many as a dozen people gather for breakfast.

My family are suckers for children. So, of course, when parents would bring their children in, we would make a big deal over them. We carried on conversations across the restaurant with one young couple and their beautiful little six-year-old girl so often that eventually we invited them to join our table. A couple of years later, they added another beautiful little girl to the mix. Another husband and wife fell into the same rhythm of talking from table to table and the regulars grew again.

By the way, that little six-year-old is now a rising Junior at William & Mary and her baby sister starts the Governor’s School in the fall. Mom and I got to be surrogate great Grand Mom and Grand Dad. Pre-Covid we would attend their school functions. I hope when things return to “normal” I can fall back into that routine.

Between Mom’s failing hearing and the size of the crowd, we had to find another time and place for our one-on-one tete a tetes.

But the breakfast tradition continues.

Even when I’m not there the group still gathers.

Since Covid, staffing issues have forced them to delay opening 9:00 AM which puts a crimp in our Saturday morning productivity, but it’s led to a new routine. Most Saturday we leave Joe’s and spend an hour at the Virginia Museum of Fine Arts before running by the grocery store and hustling home by noon, so Marie can join her gym buddies for their Saturday Zoom get together.

Last week marked 30 years since Daddy’s death. There’s still a big hole in my heart, but the community that has grown up around our mornings at Joe’s has gone a long way to ease the loss.

We have watched the waitstaff, grow from teenagers working their way through college, to become teachers who pick up an occasional shift to stretch their budgets to moms and dads, who bring their little ones in for breakfast.

If you ever find yourself here on a Saturday morning, come join us.

You’ll be welcome. You’ll find us standing on the sidewalk waiting for them to open the door.

Nick ruled over Joe’s for 46 years.

I’m hoping to sit at my Saturday table for at least that long.

I’d Love to Hear from You

Drop me a line about what you like about the newsletter or anything you’d like to to add or subtract. 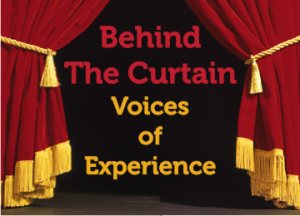 What's Going On Marie and I had a great weekend. After breakfast at Joe’s Inn on Saturday, we went to the VMFA as is our … END_OF_DOCUMENT_TOKEN_TO_BE_REPLACED